Jani-King International and
Jani-King of Dallas entertained clients and watched some of the
world’s best professional golfers all in the name of a good
cause in late April.

In support of The Salesmanship Club of
Dallas, a nonprofit organization serving families in the greater
Dallas area, Jani-King participated by sponsoring the Platinum
Club and a private villa during the EDS Byron Nelson
Championship. All money raised goes to support the activities of
Salesmanship Club Youth and Family Centers. The organization
provides mental health and education services and has been
enriching the quality of life for children and families for more
than 86 years.

In addition to the sponsorships, Jani-King of
Dallas was awarded the cleaning contract for the entire event.
Over the past two years, Jani-King of Dallas and local franchisee
Rafael Rueda have impressed the event’s management by
servicing portions of the tournament grounds. This year, the
entire event was turned over to Jani-King and it was an enormous
success. Throughout the week, Jani-King crews proudly wore
Jani-King uniforms that promoted the company’s relationship
as an official partner of the PGA TOUR.

The 2007 tournament
raised $6.4 million for charity – the sixth time in Championship
history that the annual contribution exceeded the $6 million
mark. Topping the leaderboard in charitable contributions, the
EDS Byron Nelson Championship has generated in excess of $100M –
more than any other PGA TOUR tournament – and represents over 10
percent of the total charitable contributed.

Jani-King of Memphis takes on a retail showroom in Tupelo 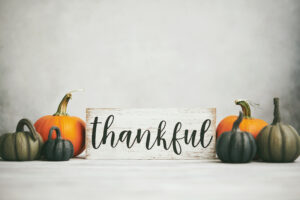 Tennessee Calls on Jani-King to Clean Up Thousands Converge on Fairgrounds for Two-Weeks of Fun.