The concept for
the series of commercials, which air primarily on The Golf
Channel, was developed by Jani-King’s in-house creative team
and then produced by PGA TOUR Productions in St. Augustine, FL.
The commercials cast Campbell in a fish out of water scenario as
he trashes offices, cubicles and conference rooms by playing a
round of golf inside the building with his caddy (Michael
Collins). The message is that no matter what the mess, Jani-King
will get the building clean and ready for tomorrow’s workday.
Campbell was chosen to star in the five, 30-second spots to
tie-in Jani-King’s partnership with both Campbell and the PGA
TOUR.

With nearly 11,000 entries from all 50 states and around
the world, this year’s 30th anniversary has been one of the
most competitive and successful in the long history of the Telly
Awards.

Founded in 1979, the Telly Awards is the premier award
honoring outstanding local, regional, and cable TV commercials
and programs, the finest film and video productions, and
groundbreaking web commercials, videos and films. Winners
represent the best work of the most respected advertising
agencies, production companies, television stations, cable
operators, and corporate video departments in the world.

This
year’s Winners include companies, agencies and organizations
of all sizes, from large multinational media companies to small
ad agencies and local production houses.

Managing sales growth is one of the most intimidating aspects[...] 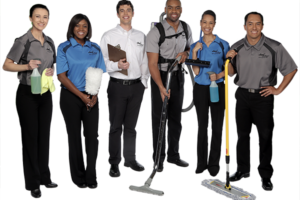 The Importance of a Cleaning Business

Professional cleaning is not required in all industries. There is[...]

Proper office cleaning can do a lot for a business.[...]