To better serve the needs of younger franchise systems, the
IFA recently developed this new, ongoing seminar series. The series is an
opportunity for newer franchisors to learn from some of franchising’s best and
to dialogue with knowledgeable franchise CEO’s in an intimate setting, hear
their best practices for how to manage system growth, operations and
relationships.

Due to his prominent status with the IFA and experience in
franchising, Crawford was asked to moderate the event in downtown Dallas as
well as host a group of CEO’s at Jani-King’s world headquarters in Addison, TX

On Tuesday, April 27th, nearly 20 CEO’s of
franchise systems arrived at Jani-King’s headquarters for a short presentation
by the IFA followed by a session of open discussions.  The discussions covered a wide range of
topics and gave all CEO’s an opportunity to share ideas, best practices and
concerns.

“The challenges faced by younger franchise systems are not
the same as those faced by systems that are established,” said Crawford.  “Because of this, the IFA brought in some of
the most experienced and thoughtful C-level franchise executives that have been
successfully employing innovative strategies to continue to build their
systems.  This event was a great
opportunity for all parties to participate and discuss issues that are
important to our systems.” 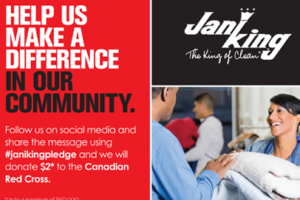 Get A Free Quote Jani-King of Eastern Ontario Get A[...] 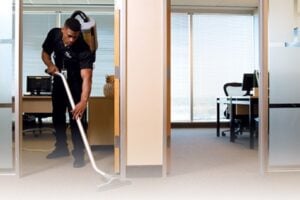 Cleaning for Employee Health and Safety

A clean working environment means a healthy and more productive[...]