Football fans around the nation can rejoice. Football season is back! America’s truest fans will soon travel in herds to places many consider to be a Sunday sanctuary: their team’s stadium. Regardless of the team, some stadiums are just better than others—higher capacity, better design, and cleaner. But what makes their experience a truly memorable one? Obviously, fans have a much better time when teams come out on top. Good company helps, and an exciting game, too; but who knew stadium cleaning counts as a factor that puts stadiums on top?

Bleacherreport.com, a fan- favorite all-sports website, compiled an important list for football fans: “NFL Power Rankings: Which Team Has the Best Stadium in the NFL?” The 31 homes to America’s beloved squads were ranked on a number of factors including historical impact, capacity and design. So, who came out on top? None other than Cowboys Stadium, rising far above the rest. The venue is the newest in the league, just completed in May of 2009, and its features are truly amazing. It is the largest domed stadium in the world and has the largest high definition video screen in the world. Perhaps most impressive, the home to the Dallas Cowboys can seat 80,000 of its loyal fans. Can you imagine the stadium cleaning required before and after events?

Jani-King is the chosen one for stadium cleaning at Cowboys Stadium. Their job begins before an event does, lasts throughout, and won’t end until up to eight hours after the event closes. Like Cowboys Stadium, many stadiums host college football games, basketball games, and concerts, too. With extensively trained cleaning professionals who use state-of-the-art equipment, Jani-King can prepare a venue to host another event as soon as the next day, leaving it free of signs of last night’s game. Not just a Cowboy fan, Jani-King also cleans the homes of other NFL teams, and other sports venues as well, at both college and professional levels. 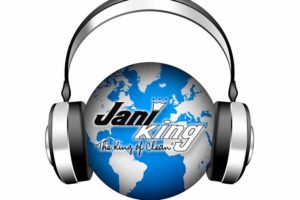 Who cleans your castle? Here are just a few of[...]

In a recent article about healthcare cleaning and home births,[...]