Along with the fall months come football games and their thousands of spectators; because of OU and OSU’s strong sports tradition and university-wide support of exciting games and events, quality janitorial services are extremely important. Both universities will keep Jani-King Oklahoma City busy with sports events, concerts, and of course, Oklahoma’s most anticipated game of the year.

Although Jani-King will spend adequate time providing janitorial services for both schools, likely the biggest event of the season will be when the two preseason Top 10 ranked schools face-off for the Battle of Bedlam. The friendly, but intense football rivalry that sparked in the early 1900’s sells out stadiums nearly every year. Held this year at OSU’s Boone Pickens stadium, the event will likely be the largest stadium cleaning job for Jani-King Oklahoma City, as the field accommodates a whopping 60,000 roaring fans.

Jani-King will also provide janitorial services for OSU’s Orange Peel, a pep rally and concert kicking off the football season. The annual event, which features entertainment from famed musicians and comedians, will also attract students and OSU fans in the thousands.

Jani-King Oklahoma City is prepared to keep the stadium and venues at both universities in top shape before and after each and every event, allowing for a seamless transition between the games and concerts that share the same home. In order to provide superior stadium cleaning for events of these sizes, Jani-King Oklahoma City will enlist the expertise of its post-game cleaning crew which boasts 100 employees of its franchisees.

Since the stadium is home to events that are often less than 24 hours apart, it is important that the janitorial services are provided quickly and efficiently before, during, and after every game. Though some behind-the-scenes challenges arise, Jani-King Oklahoma City is dedicated to executing each task with quality—in even the small things—from beginning to end.

“The glass inside the stadium suites are constantly in need of cleaning during the entire game,” said Jill Hill, Regional Director. “Our employees usually have to clean the glass multiple times but they are more than willing to do it since being able to see the field clearly is such a necessity.”

To ensure that there are no signs of a Saturday game at a Monday event, Hill says that the crew will begin cleaning about an hour after the game ends and continue doing so until the job is finished. She says the stadium cleaning typically takes about eight hours to be completed, depending on weather and other factors.

Jani-King Oklahoma City is excited to now be serving the two biggest universities in Oklahoma. They look forward to providing outstanding janitorial services and stadium cleaning to both the University of Oklahoma and Oklahoma State University, and consider themselves proud to be a part of such strong traditions. 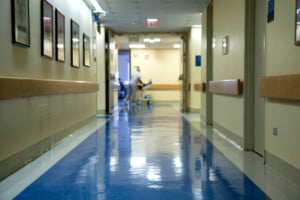 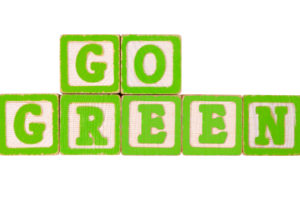