Starting a commercial cleaning franchise might be the right move for you.

We all know the feeling of being stuck in the office doing a job we don’t like and answering to a boss who you find a bit unsettling. Why do we do it? For years it goes on, the unhappiness at work spilling into our personal lives. It doesn’t have to be that way and it’s never too late to be your own boss.  Becoming a cleaning franchise owner could be your ticket to freedom.

The cleaning business is where it’s at. The $100 billion industry is one of the few that seems to holding up in this economy—and it’s still growing.  As long as there are businesses and buildings to run them in, there will be the need to clean them; some analysts even call the industry recession-proof. Why shouldn’t a chunk of those billions be in your pocket? Starting a building cleaning franchise is a lot less risky than you probably think.

Becoming a franchisee yields higher success rates than starting a business independently. Studies show that after five years, more than 90% of franchises continue to operate, while less than 25% of privately owned companies stay in business. There are a lot of reasons for this.

As a franchisee, you’re joining in on something that has already been proven to be successful. Hundreds, sometimes thousands of company reps have done it before and found success, so you know it’s something that is possible for you. It’s almost like the work has been done for you. Unlike starting a company from scratch, the processes, equipment and support is already there. These owners and other members of the company have already made all the critical decisions that keep business thriving, from product selection to marketing. Jani-King guides you through every step of setting up own cleaning franchise and is known for their building cleaning franchise development.

Starting a cleaning franchise may be a great move for you. It’s an industry that’s ever growing, and there is a wealth of information and resources available. Might be something to think about during those long hours you spend in your cubicle. 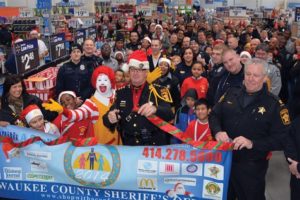 For the 8th consecutive year, Jani-King of Milwaukee and Master[...]