Jani-King Adds Two Racing Legends to Its List of Partners

Jani-King, the world’s largest commercial cleaning franchise company, is proud to announce that it has partnered with two racing legends, Richard Petty and Roger Penske.

As the Official Commercial Cleaning Company of Penske Racing, Jani-King will be an Associate sponsor of the No. 12 Nationwide Series car driven by Sam Hornish, Jr. Penske Racing is one of most successful and respected teams in racing history, with an impressive average partner relationship of 16 years; one of the longest in all of sports.

Jani-King is also the newest partner to join the NASCAR Sprint Cup team and driver Aric Almirola on the famed No. 43 Ford of Richard Petty Motorsports. Jani-King will be on Almirola’s Ford Fusion as an associate sponsor for the rest of the 2012 Sprint Cup Series season. “I admire Jani-King for the way it began – just one guy working hard while in college – and growing it into a worldwide business,” said team owner Richard Petty. “We’re proud to have another ‘King’ working with us and looking forward to them joining our family. I think I’ll wear the cowboy hat and let them wear the crown.” Jani-King could not be more excited to be back atop the racing world with two of the biggest and most well respected teams in all of professional racing.

The strategic partnership between Jani-King and these two well-respected racing organizations presents Jani-King with many new opportunities to foster B2B partnerships and gain considerable nationwide exposure. Almirola raced the No. 43 Jani-King/Smithfield Ford Fusion to a sixth-place finish at Dover Int’l speedway on June 4th in an exciting race that saw the caution flag three times over the last quarter of the race. The sixth-place finish was his second top-10 and fourth top-15 finish of the season. Another positive note was that the team spent the entire race on the lead lap and never outside the top 20, producing great national television exposure for Jani-King.

“When we are selecting our sponsorships, we focus on the potential B2B opportunities that exist. Our main goal is to find teams that will bring business back to Jani-King,” said Mike Biggs, Jani-King’s Director of Sports and Partnerships. As a partner of Penske Racing in the Nationwide Series, Jani-King is working with the team to drive more contract business through Penske owned properties and also their corporate partners. With Richard Petty Motorsports, the team is working closely with Jani-King to deliver cleaning opportunities through its partners and extended network of business contacts.

No strangers to hard work, dedication, and willingness to go[...]

Allergies are devastating. They can ruin an entire day of[...] 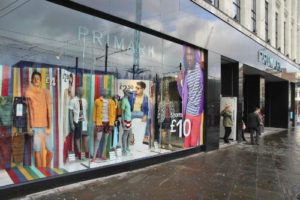 Retail Cleaning Keeps You and Your Patrons Happy

Tile floors in a busy building can be a difficult[...]