Understanding the business and realizing the potential an investment offers are two key factors that business owners weigh when looking at new ventures.  For Jeff Weyker, Master Franchise Owner for Jani-King of Madison, and Victor Barrios, Master Franchise Owner for Jani-King of Nashville, those factors were weighted heavily in their favor when presented with an opportunity to become Jani-King master franchisees.

For Barrios, he and his wife, Carla, started as Jani-King unit franchisees in 2004 and then became partners with Tom Coke as master franchisees of the Tri-Cities region in 2008.  Now, as Master Franchise Owner of the Nashville region, Barrios looks to make the most of his new investment.

“For many years we invested monies into the stock market only to see our investments dwindle down to almost nothing when the economy took a dive in 2008,” said Barrios.  “It was then that we decided to embark on this journey.  We chose Jani-King because we felt that no matter what happens in the economy, although we know this industry is not recession proof, it at least affords us the chance to dictate our destiny.  We also feel strongly that by investing with Jani-King we will be able to help others in becoming business owners that would otherwise not be able to.  Our true desire is to not only benefit personally from this venture, but to engage others to better their lives by introducing them to the Jani-King concept.”

The decision for Barrios to further invest in Jani-King was made much easier by building relationships and experiencing success over the past few years.  “We believe in the Jani-King concept.  We have witnessed first-hand how this system can change people’s lives.  Additionally, everyone that we have met within Jani-King are quality people whom we are honored to work alongside and call business partners.”

One of those key business relationships was with a fellow master franchisee Tom Coke and a member of Jani-King’s corporate office Gil Sanchez. “These two individuals, by their attentiveness and professional demeanor, inspired us to look at Jani-King as a long term investment,” said Barrios.

Barrios does see Jani-King as a long-term investment, but has short term goals to help himself and his franchisees succeed early on.  “Our short term business goals are to reenergize the Nashville region by reaching out to each and every franchise owner, challenging the status quo and ensuring customer satisfaction region wide.  Our growth strategy includes working with our franchisees to see where new opportunities lay as well as working closely with the corporate national account team and neighboring regions to seek out new business in the area.  Our business plan calls for a substantial increase in market penetration by year-end along with an emphasis on decreasing cancellations.”

In Wisconsin, Jani-King veteran Jeff Weyker has purchased the Master Franchise rights to the Madison market.  Weyker, a long-time Jani-King representative has held multiple positions throughout his career with Jani-King regional offices and at Jani-King International, providing him with a terrific foundation to be successful in his new ownership role.

“There have been many people involved with Jani-King that I have had the pleasure to work alongside of over the past almost 20 years,” said Weyker. “I suppose the people you come up through the ranks with leave the largest impact.  I can still meet with colleagues from Jani-King of Illinois and talk about the good old days in Chicago, knowing that we have shared great success as a team. Garry Clark gave me my first shot as an Assistant Operations Manager and Jon McAlpine saw something in me in 1994 that I didn’t know I had. We have since worked for many years and I believe we have proven that hard work and integrity always pays off in the end.”

Weyker sees great potential in the Madison market for a number of reasons.  One way he plans to grow his business there is to reach out to contacts he built while attending college in Madison. “I was lucky enough to attend The University of Wisconsin and I will use my local contacts to help our franchise owners grow their businesses,” said Weyker.

As for why he has chosen to invest in a Jani-King master franchise, Weyker says he is most excited about having the freedom to pursue his dreams while helping others. “My goal is to make our franchise owners understand that we are a team and together we can do great things!” 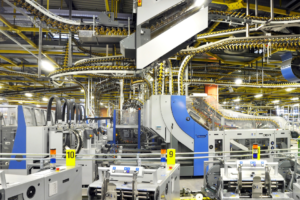 El Paso’s manufacturing industry can be credited with so much[...]

Out to the Ball Game!