partnered with Kelley’s Foods of Elba, Alabama. We look forward
to building a strong and lasting relationship with them for years
to come. As you read below you can see why this company has
survived so long. With having a mission statement and living by
it each and every day it has helped them build a strong foothold
in their industry.

The mission of Kelley’s Foods is to provide our customers with
unmatched service in the food distribution industry provided by
the best people, while developing partnerships that influence
growth for our customers, first.

In February of 1957, Lester Kelley and his two oldest sons,
Hollis and Everette, and Mr. Max Glisson, who was the plant
manager at that time, purchased Windham Packing Company from Mr.
Paul Windham. In April of 1957, they incorporated as Elba Packing
Company. A few years later, Lester’s youngest son, Dwight, joined
the business and purchased Mr. Glisson’s shares. In 1962, the
building was totally destroyed by fire and was reconstructed by
its employees and some local contractors. In 1989, the company
took a big step and constructed a new distribution facility
across the road from the manufacturing facility in order to
diversify into other product lines to service the growing
foodservice industry. That same year, the name of the company was
changed to Kelley’s Foods of Alabama, Inc. to better identify
itself as a diverse food company and not just a meat packing
company.

In the early years, the company focused on meat packing (pork and
beef), and custom meat processing, with twelve employees and an
annual payroll of about $25,000. Since then, Kelley Foods has
developed into a small regional Sausage Manufacturer and Food
Distributor with approximately 160 employees. Initially, the
trade area was about a 50-mile radius of Elba, Alabama but now
ranges to be about a 150-mile radius within Elba, serving
customers in the states of Alabama, Florida, Georgia, and
Mississippi.

The company is still owned and operated by the Kelley family.
Hollis Kelley, the oldest of Lester’s sons, passed away in
December 2001, but his oldest son, Jerry, is the Vice President
of the food distribution division. Everette Kelley retired in
December 1997 from his previous position as President and CEO,
but he remains on the board of directors and still stirs around
the business quite often. His two sons, Eddie and Scott, came
back to the business after graduating from college. Eddie, the
older son, took over as the company President and CEO after
Everette’s retirement, and after Dwight’s retirement, Scott took
over as Vice President of the manufacturing division. Dwight
Kelley, the youngest of Lester’s sons, retired in April 2005. The
support and understanding of their families and the devotion and
hard work of the entire team of the Kelley’s Foods family are the
foundation of the success and growth of our great company. We
invite you to experience the difference of Kelley’s Foods and our
quality brand. KELLEY’S, “A Great Tastin’ Sensation.” 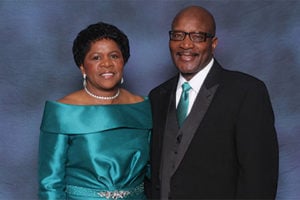 When Willie and Sharon Brinson, Jani-King franchise owners from Southeast[...] 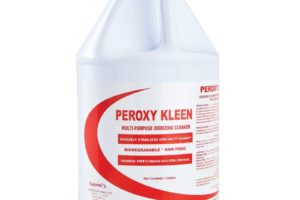 Is there anyone who does not remember when, as a[...] 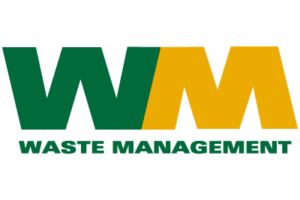