Baton Rouge, LA – Jani-King Gulf Coast has remained extremely focused on improving our advertising in 2014, as well as the search to find the right marketing recipe to promote both our franchise and contract sales. Many Regional Director’s from our regions are currently testing radio, print, and TV campaigns. Relying on my previous experience with Lamar of Baton Rouge, my region was extended the opportuntiy to produce an outdoor campaign.

As it is almost impossible to track where leads are generated, the best way we have found in the advertising industry to do so is to count the times the phones ring, so to speak, and to compare them to past month’s.

Since its inception on May 5, 2014, we have received 11 contract sales leads in our Baton Rouge office. In comparison, we received 11 contract sales leads in March and April combined. As you can see, we’re seeing a significant uptick of responses from our outdoor advertising campaign. We also have received 15 leads for franchise sales for the same 17 day time period. By comparison, we generated 10 in the month of April.

Additionally, we are excited to announce that we’re expecting our first franchise sale generated by our billboard advertising this week! Keep your fingers crossed! The potential franchise owner commented that he’d had the idea to start his own business for a very long time, but only decided to act on it when he saw “one of our billboards.”

Moving forward, we have 6 different billboard locations contracted with Lamar for the month of June. This campaign varies from our original campaign in that we’ll be using our two largest franchise owners, Norman Thompson and Monique Scott-Spaulding, as models for the billboard graphics. The excitement is building as we are hoping for continued positive feedback and more inquiries for franchise and contract sales business rapidly grow! In turn, this will give our Jani-King franchise owners new customers to service.

Fight is not Over; Swine Flu is an Ongoing Battle 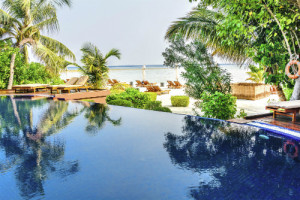 Ask anyone, and their number one concern of staying at[...] 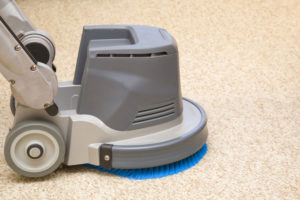 By: Scott Finley What do you know about carpets?  Cleopatra[...]