Jani-King Gulf Coast Is Turning Up The Heat

Jani-King Gulf Coast Is Turning Up The Heat

Staying with the overall theme of ‘212� – The Extra Degree,’ the
Mid-Year Meeting message was for everyone to ‘Turn Up The Heat’
in their regions. Leading the charge was
Jani-King Gulf Coast

COO, Chance Enmon, who presented everyone with a snapshot view of
each regional office’s progress. “It was exciting to see that our
regional offices are building up some serious steam going into
the next 6 months of 2014,” said Enmon. “We are poised to hit
2015 with unbelievable momentum!”

Aside from assessing the overall progress, key speakers also
shared business advice and industry experience with one another.
Hosted at the Cherokee Mountain Cabins in North Carolina, the
casual environment offered those in attendance the ability to
engage one another in open forum and face-to-face discussions.
Also in attendance were Regional Directors and Master Franchise
Owners from Georgia, Tennessee, South Carolina, and Rhode Island.
They too shared in the pool of resources, while offering up their
own perspective. “I am truly impressed by the tools being
implemented by Jani-King Gulf Coast,” said Gordon Hoover, Master
Franchise Owner of Rhode Island. “I am extremely inspired by
what’s been presented this week and personally intend on turning
up the heat in my regional office.”

The meeting topics varied from Operations and Franchise
Development to Contract Sales, Franchise Sales, Recruiting,
Accounting Practices, Customer Retention, Administrative
Processes, Social Media and Website improvements. All of which
were discussed by Jani-King leaders with a focus on how to
benefit our Franchise Owners.

“Without question, this has to be one of the most informative
meetings we’ve had in years,” says Regional Vice President
(Eastern Division), JJ O’Neil. “We are extremely encouraged by
the progress our regions and their teams are making thus far in
2014, however the overall mindset is to always be aiming for that
extra degree – to exceed our own expectations and those of our
franchisees.”

Mr. O’Neil was not the only
Jani-King Gulf Coast

executive who voiced their excitement. Jason Lambert, Regional
Vice President (Western Division) elaborated even further. “We
are turning up the heat in all of our regions! This meeting is a
testament to the hard work and dedication our entire corporate
team and regional office staff have given the first six months of
2014. With the tools and key information shared, there’s no
reason we can’t surpass our goals and expectations!”

With the second half of 2014 already upon us,
Jani-King Gulf Coast

is looking forward to finishing the year strong by adding more
fuel and turning up the heat! 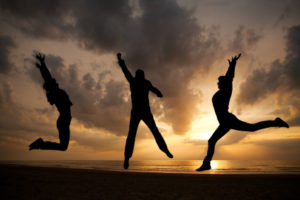 For hard-working professionals across the country, the holiday season comes[...]

No Job is Too Big For Jani-King Stadium Cleaning Crews!