The beginning of each year represents a fresh start to clean up old messes, create new goals for oneself and get ready for another year of celebrating long-standing American values and traditions. Second to the food and festivities that was experienced during the holiday season is another widely popular celebration, the pinnacle of American football season – the Super Bowl! Football is a traditional American sport that continues to draw thousands upon thousands of loyal fans and supporters to stadiums across the country year after year. This continued popularity amongst American travelers and tourists is one of the many reasons why football stadiums like the Superdome in Louisiana, the MetLife Stadium in New York, and The University of Phoenix Stadium in Arizona have become iconic sight-seeing destinations for their respective hometowns.

The influx of sports fanatics and wide-eyed travelers alike during football season, and for the Super Bowl in particular, has made these stadiums important economic epicenters for their cities. This year, the NFL Super Bowl XLIX hosted the New England Patriots and the Seattle Seahawks at the University of Phoenix Stadium in Glendale, Arizona. Local governments reap enormous benefits from the tourism and hospitality that these stadiums help generate, which are then passed on to the loyal base of locals that call the city their home.

Creating the ultimate game-day experience for a growing crowd of eager fans isn’t as easy as it sounds, and in today’s hyper-competitive world teams, stadiums, and cities across the country are all vying for a bigger piece of this economic pie.

One of the most effective ways that a new or existing stadium can continue to attract loyal fans while appealing to new tourists is with effective and efficient stadium cleaning services. Stadium cleaning services are the proverbial “icing on the cake” creating the beautiful finishing touches to a building that already sees so much creative support and dedication from its locals.

If anyone has stayed past the final buzzer to see what the aftermath of a Super Bowl game looks like, it’s definitely not a pretty picture. Leftover trash, spills, and food mess can turn a beautiful city focal point into a barren wasteland. That’s where stadium cleaning services come to help – these silent masterminds are hard at work while you’re away to ensure you return to the perfect and pristine stadium of your memories.

As the football season comes to an end and we unwind from this year’s Super Bowl festivities, stadium cleaning services in your community are working hard to keep every game day special for you, your friends, and family this holiday season. Visit us online today to learn more about how cleaning services help support your local economy by keeping stadiums, arenas, amphitheaters, concert halls and more safe, clean, and hygienic all year-round. 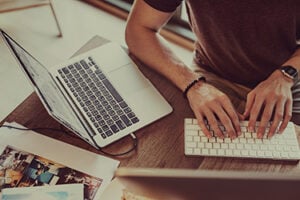 7 Ways To Bring Passion To Your Work 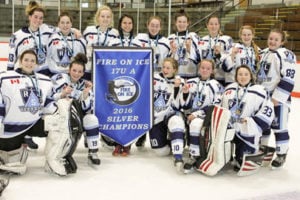 Jani-King’s obsession with hockey goes beyond the Ottawa Senators; we[...]

2010-06-20Jani-King of New Orleans Signs Another Large Education AccountContinuing their[...]