Kansas City, Kansas – An honor has
been bestowed upon the owner of the Jani-King Midwest regions
– Debbie Sinopoli.

The National Association of
ProfessionalWomen has honored Debbie as a 2015-2016 inductee
into its VIP Woman of the Year circle. Her work with Majestic
FranchiseInc, and the management of 5 Jani-King regions
(including, Kansas City,Springfield, Wichita, Columbia and
Omaha) has led to her recognition as a force to reckoned
with.

The National Association of
had this tos ay:

“It gives us great pleasure to awardDebbie
with this important honor. She has used her expertise to build
a successful enterprise.”

Jani-king of Kansas City would like to
say congratulations on behalf of all of Debbie’s regions. It
is a pleasure to work with such a passionate and talented
woman everyday. 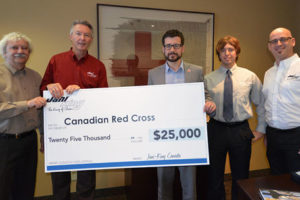 Last month we issued the Jani-King Alberta Fires Appeal to[...] 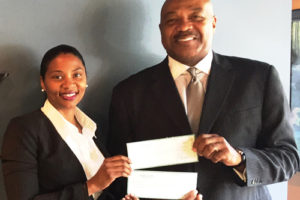 Our franchise referral program is an incentive-laden opportunity extended to[...]

Each year Jani-King of Canada rewards hardworking students across the[...]