All across the country, summer music festivals are in full swing and Jani-King is proud to be a part of several of these great events. While one region is back for an encore performance in 2015, another is making their debut on the big stage at a new arena.

Rock On The Range, America’s premier hard rock festival, returned to central Ohio’s Mapfre Stadium (formerly Columbus Crew Stadium) May 15, 16 and 17, for its ninth year with a stellar lineup of top rock bands and, of course, Jani-King! The full weekend of non-stop rock featured performances from many of the world’s most exciting bands on three stages over three days, plus the biggest Rock n’ Roll comedians in the ROTR Comedy Tent.

“This is the largest outdoor rock and roll event in the country and it takes an enormous effort by our franchisee, Dan Olzak, and his workers to pull it off,” said Steve Detrick, Regional Director for Jani-King of Columbus. “There are weekly meetings for a month leading up to the event and once the event starts, our crews don’t stop. They work in shifts through the night to get the grandstands and field ready from one day to the next.”

Rock On The Range – part of the World’s Loudest Month festival series – sold out in advance for the second consecutive year with approximately 120,000 concertgoers on hand. For Jani-King, that meant an enormous opportunity for another one-time clean and the ability to further develop the region’s relationship with the Columbus Crew, a long-time Jani-King partner and host-stadium for the event.

As a result of their planning and results at Rock On The Range, the Columbus office also secured the cleaning agreement for Buckeye Country Superfest which was held at Ohio Stadium on the Ohio State University campus. More than 90,000 people packed the stadium for the two-day jam in late June and, rain or shine, Jani-King crews were there to clean up once again.

In Phoenix, the regional office and its franchisees have also proven to be pros at handling major events including concerts, golf tournaments and championship celebrations. This summer, Jani-King of Phoenix hit the big time again and provided service for the Aerosmith concert at the Gila River Arena in Glendale, home of the Phoenix Coyotes and Jani-King’s latest sports partnership.

Although the official start date between Jani-King and the Phoenix Coyotes has not been finalized, the event organizers asked Jani-King of Phoenix to step in to provide services for the concert. In true Jani-King fashion, local franchisees and the regional office met the challenge and put together a great performance.

In addition to these events, Jani-King regional offices and franchisees benefit from a national partnership with LiveNation. Through LiveNation, the world’s leading live entertainment company, Jani-King franchisees clean multiple House of Blues locations as well as large outdoor concert venues. To explore local cleaning opportunities in your region, contact Mike Biggs at Jani-King corporate. Mike can be reached at mbiggs@janiking.com.

Congratulations to all franchisees and regional office representatives who rocked these concerts! 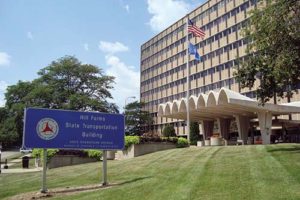 It’s tough to get startup capital for a new business.[...] 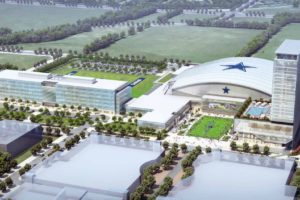 The new state-of-the-art facility in Frisco, Texas, and home to[...]