On behalf of the entire Jani-King family, we’d like to take this opportunity to recognize Rafael Rueda, Araceli Ramirez and Julian Ibarra, Victor Favila and Salvador Barboza, Sandra Marquez, and Sergio & Loreno Ibarra, who recently went above and beyond the call of duty at AT&T Stadium. This month has been filled with an historic number of full-house events, requiring short turnaround cleans, including:

On Saturday, September 26th, AT&T Stadium was host to a Division I NCAA college football game
between the Arkansas Razorbacks and the Texas A&M Aggies. As the game approached the end of the 4th
quarter, our Jani-King franchise owners and their staff were ready to clean up after over 67,000 college
football fans. In true fashion of the sport, this particular game, and our team of franchise owners, went
into overtime.

While this may have been perceived by others as a setback, our Jani-King team never wavered. The
challenge, beyond waiting for the college football game to end, was that the stadium had to be cleaned and
ready for Sunday’s NFL game between the Dallas Cowboys and the Atlanta Falcons, in less than 7 hours.

It takes a true team of hard-working professionals to turn a facility of this magnitude, hosting back-toback
events, in such a short period of time. We’re proud to say that our Jani-King team scored a big
touchdown as the facility was extremely clean, organized, and ready for Sunday’s NFL game.

With the clock ticking down, each of you delivered a clutch performance. We could not be more proud
of you and your commitment to AT&T Stadium. 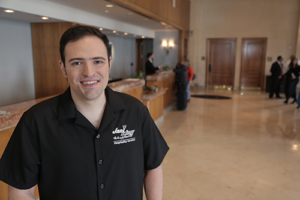 It’s no secret, the commercial cleaning industry is full of[...] 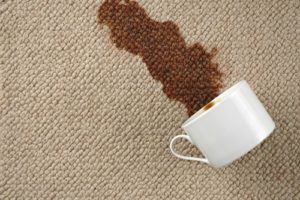 There are three steps to maintaining clean, great looking carpets:[...]