When master franchise owner Victor Berrios inked his deal for the rights to the Nashville market, he had no idea that the bank that helped close the deal would eventually provide an opportunity for brand exposure for his business. But thanks to Victor’s relationship building skills and success story, Pinnacle bank has done just that.

“I was asked by my financial advisor at Pinnacle if it would be okay for her to tell our story to see if we would be selected to do a regional commercial for the bank,” said Berrios. “Only five people would end up being selected in the whole state of Tennessee and to our surprise we were one of the final five.”

According to Berrios, Pinnacle not only helped Jani-King of Nashville become a reality for him, but it’s also helping in other business matters including providing this great exposure to potential clients.

“I’ve received many phone calls and texts regarding the commercial and the exposure has allowed me to speak with local business leaders on another platform,” said Berrios. “Just recently, I met with two very prominent CEO’s that mentioned the commercial to me. One of the CEO’s was very interested in our services and we’re discussing opportunities. We are honored to have been selected to do this commercial and to have been given the opportunity to showcase Jani-King in our market.” 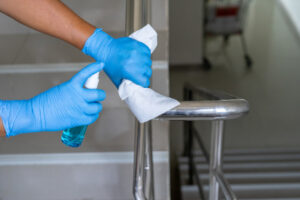 Prepare Now for the Delta Variant Surge Rising cases, and[...]