Jani-King Helps in Recovery After Devastating Flooding in Louisiana

Not since Hurricane Katrina have residents in Louisiana been impacted so powerfully by rising waters as they have this week. Over the past six days flooding in Louisiana has taken its toll on the state, its businesses and its people. Tens of thousands of homes are under water and the clean-up efforts
are underway now that some of the water is receding.

In Hammond, LA, the Jani-King Gulf Coast support staff and two of their franchisees, along with their team of workers, have already started relief efforts by extracting water from Hammond High Magnet School.

Jani-King franchise owners Tony Monk and Carey Ourso had crews of 30-50 people working around the clock for the past two days to extract all the water that the school took on. Classroom by classroom, building by building, Jani-King crew’s extracted water, disinfected all affected areas, and took pictures and inventory of all school property touched by water.

Now, Jani-King Gulf Coast is turning their attention to other businesses in the community.  Crews and equipment are in place for those businesses that need help in this recovery.  For immediate recovery clean-up, call 225-273-5464.

Jani-King has long been established in New Orleans, Baton Rouge and throughout the Gulf Coast area from Lake Charles to Tallahassee.  When Hurricane Katrina and Rita devastated the area in 2005 and forced nearly every business and resident from New Orleans, Jani-King remained to help the city recover.  From its world headquarters in Dallas, Jani-King flew in supplies, generators and more that was desperately needed for the clean-up along the Gulf Coast.  In New Orleans, Jani-King helped shovel mud out of buildings, they also did massive amounts of water extraction, mold remediation and general clean-up.  Jani-King was one of the leading contractors that helped New Orleans and other communities along the Gulf Coast recover from Hurricane Katrina and we are prepared to help with the latest flooding. 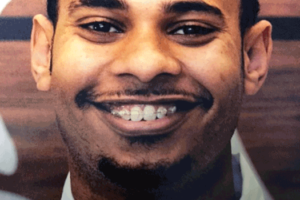 This Franchise Owner Shines with Pride

Life can certainly throw some challenges at you throughout all[...]

2011-02-08Jani-King Kicks Off National PartnershipJani-King International, a leader in stadium[...]

Hotel Market Heats Up for Jani-King