Perseverance Pays Off in Rhode Island 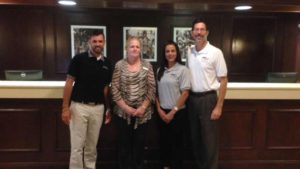 For nearly 10 years, Jani-King of Rhode Island tried persistently to squeeze their foot in the door with a local Sheraton hotel property. Finally, after almost a decade, changes in hotel ownership and ongoing struggles in the housekeeping department, the Sheraton opened its doors to Jani-King’s service.

“A new general manager took over for the new owners of the property,” said Gordon Hoover, Master Franchise Owner for Jani-King of Rhode Island. “They were really struggling to hire good employees and just couldn’t recruit enough reliable people to staff the housekeeping department appropriately. I met with the general manager and he knew of our good reputation, and we had a good reference from a boutique hotel we have been servicing in Providence for several years. After meeting with him, he was ready to start with a supplemental housekeeping crew (six housekeepers, two laundry attendants and two housemen) from our franchise owner.”

They are very happy with the quality of the work and it looks like our franchisees may get a stead stream of extra work from the account.Gordon Hoover
Master Franchise Owner, Jani-King Rhode Island

The Rhode Island regional office was able to get everyone trained for the account quickly, exceeding the customer’s expectations. After several weeks of providing services, Hoover received an email from the hotel’s general manager saying that service continued to go very well and that he is happy with the partnership. He then requested four additional housekeepers and another houseman to be added to the contract.

Hoover hopes to soon increase the account to include the entire housekeeping staff except for Director of Housekeeping and her two supervisors. The Rhode Island team and the head of housekeeping at the hotel have a strong relationship and she feels that the Jani-King crews are performing well.

“Mr. DeSouza has also started doing some extra work for the customer such as scrubbing ceramic floors and shampooing carpets,” said Hoover. “They are very happy with the quality of the work and it looks like our franchisees may get a steady stream of extra work from the account.” 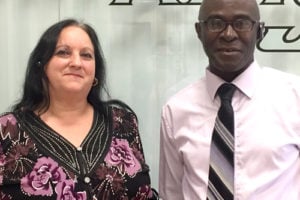 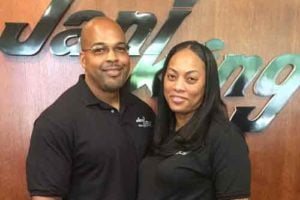 Healthcare Cleaning: for Professionals Only

There are few cleaning tasks undertaken by Jani-King franchisees that[...]