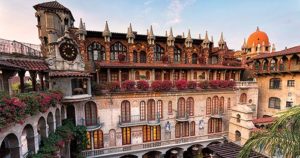 Described by the late stage and motion picture actor Will Rogers as a museum, a fine hotel, a mission, an art gallery and an aviator’s shrine, the Mission Inn in Riverside is a well-known, historic landmark and Jani-King’s newest prestigious account. Signed by Ian Anderson, Regional Director for Jani-King of Los Angeles, the hotel is sure to be a showcase of Jani-King’s quality and wide-ranging services.

According to Eric Newburn, Hospitality Advisor at Jani-King International, the contract calls for nightly cleaning as well as kitchen and public space cleaning. The nightly cleaning includes, among many other items, the lobby, restrooms, locker rooms, dining areas, bar area, back of house, salons and villas. 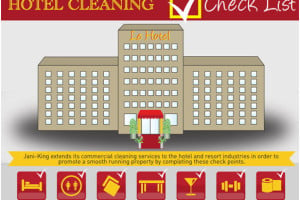 Aside from personalized service, one of the first things a[...] 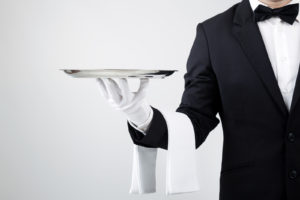 The best times for routine cleaning come after closing at[...]

Check-in for Summer Success with the Best Hotel Cleaners

Summer is in full swing now and Americans are planning[...]