Many times, a member of our Jani-King family does something amazing and through their own humbleness, the stories may not ever be shared. At this time, we’d like to thank Jud Debra for sharing with us a truly extraordinary and inspiring story of Bill Schlies, Master Franchise Owner for Jani-King of Indianapolis. The article below details the events that took place and was written by the gentleman who had his life saved by Bill. 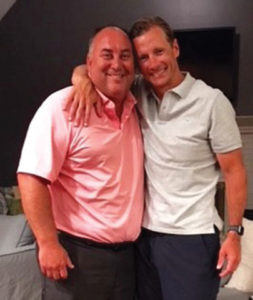 My name is Jeff Utzinger and I would like to nominate Bill Schlies for the People Saving People Award. On June 20th, 2017, I collapsed in sudden cardiac arrest while out for a morning run in my neighborhood, an activity I do very regularly, ironically, to prevent this kind of thing from happening. While I have no recollection of the event, I do know the facts surrounding it – the biggest being that Bill Schlies saved my life. He happened to be driving by (going a different way at a different time to work for reasons he doesn’t know) and saw my body on the side of the road. He stopped, realized I wasn’t breathing and called 911.

The dispatcher talked him through CPR – something he had never done. After ~100 chest compressions, stopping after every 30 to check for a pulse that never came, a local police officer showed up and got my heart going with an AED. After the EMTs took me away, Bill – and these are his words – just sat there in the grass, all alone, sweating profusely, tears running down his face, wondering what in the world just happened.

Well, I’ll tell you what happened – he saved a stranger’s life. To this day I don’t know that it really sinks in with him. Without him stopping, I’m not here to write this and I’m not here with my wife, two teenagers, and 10-year-old. And even as I write that sentence, I can’t help but get emotional.

My family got to meet Bill while I was in the hospital, and all they said was, “Wait until you meet Bill…you won’t believe what an amazing person he is.” When I finally got to meet him a few weeks later, it was like nothing I could have imagined – laughter and tears for five hours. Think about meeting someone who without them, you wouldn’t be on this earth…crazy.

My family was right, he is an amazing person – even without his act of heroism… someone you just want in your life, along with his beautiful wife Jill, son Mike, and daughter Katie.

That word, HERO, gets used quite a bit in casual conversation…but Bill is a true hero. He said he was an instrument of God that day, not really feeling he “chose” to do anything. Powerful. But he did stop to help me…and does the “why” even matter? If you ask him, he did something anyone would have done…maybe, but he did. I’m not here to compare Bill to the rest of the human race, I’m just thankful he’s part of it. 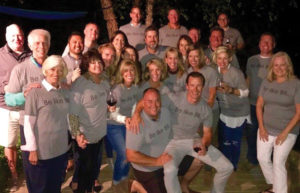 So, now what…how do I repay Bill? Impossible, really. My 10-year-old thought a fidget spinner was a good “thank you.” He loved the bag of LifeSavers. He likes the IPAs I have in my fridge, so that will always be stocked for him. But honestly, the best I can do is Be Like Bill…in life. That’s why we made up the t-shirts with that saying on them…be that guy, be the person who stops and helps someone, be an angel if called upon…just like Bill.

I think that’s the best way I can repay him is never forgetting what he did for me and my family, and not hesitating to do this for someone else someday. I love you, Bill. 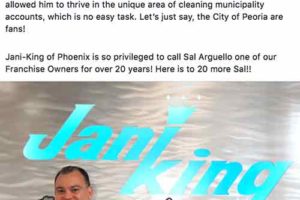 Recently, we have started a Facebook campaign called Franchisee Friday,[...] 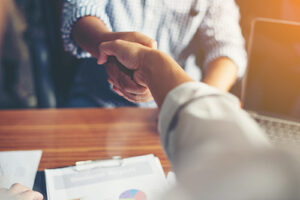 by Chance Mercante, Regional Director of Mississippi In today’s ever-changing[...] 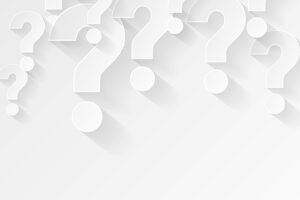 Are You Asking Good Questions?