In our industry, there are a lot of products making a lot of claims. It can sometimes be difficult to sort out which ones are just another basic cleaning option, and which ones actually can make our lives easier, or solve the real problems we see every day.

Jani-King of Salt Lake City recently signed a high-rise that has a beautiful natural stone lobby. A mixture of polished and rough stone tile with dark grout and brass inlay strips. The floor had seen several years of neglect and we knew it would take a lot of effort to restore it. We discussed several options for the restoration including acid but we decided to try a MARK V product called Cyclone before going to more drastic measures. 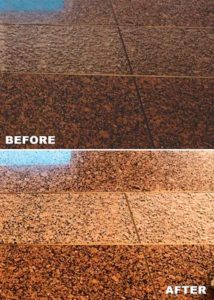 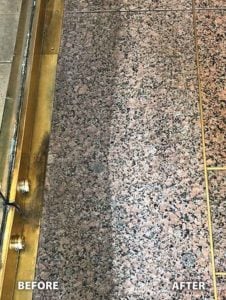 We expected that a minimum of 80 man hours would be needed to deep clean the floor (and many more if we were forced to go with the acid). We started to work at 9:00 am on a Saturday morning. I cannot express my joy when we discovered that Cyclone fully restored the tile and grout with only one pass. Years of neglect were erased in a few short hours.

We sprayed down a layer of Cyclone diluted at 20 to 1 using a pump up sprayer. Then we ran over the floor with an orbital scrubber equipped with a green grout pad. After the floor was scrubbed we made a single pass with an orbital auto scrubber applying water to neutralize and vacuuming up the solution.

What we expected to be a very long two day job took less than 20 combined man hours. Cyclone was aggressive enough to remove years of dirt and oil but given it is a non-solvent, it did so without damaging the polish on the tile. The customer was left with a fully restored lobby and we were able to enjoy the rest of our weekend.

What we expected to be a very long two day job took less than 20 combined man hours. Cyclone was aggressive enough to remove years of dirt and oil but given it is a non-solvent, it did so without damaging the polish on the tile. 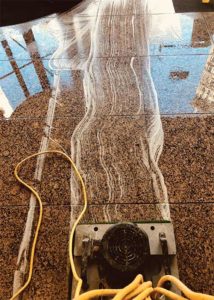 Even outside of floors, Cyclone has become a very valuable tool in our cleaning and bidding process. We use it in kitchens, restrooms, lobbies, to even auto shops. If it is a hard surface, Cyclone has become a signature product on our carts. Products like this don’t just make our jobs easier, but the significant reduction in man hours allows us to bid more effectively and increase our margins. That is something we can all appreciate. 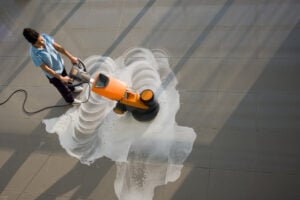 Office floors need to be refinished periodically, but how to[...] 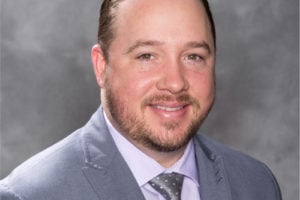 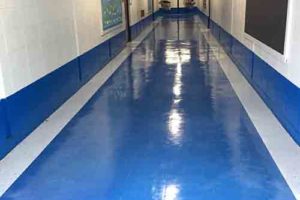 Let me tell you about our Mississippi Coast Franchise Owners[...]