It has been nearly 4 years since Jani-King of Phoenix has started cleaning one of the biggest stadiums in the valley, Gila River Arena! The current Phoenix franchise owner servicing the account, Ava Burns, has been there almost since the start. When asked about this account Ava herself says that Gila River Arena is the backbone of her franchise.

With Gila River Arena, being such a large multi-dimensional facility, it has taken time for Ava and her crew of 25 to 30 people to become comfortable with the task at hand. Whatever the event, Ava is there at least 30 minutes before her crew with a seating chart of the stadium ready to delegate where her employees will be for the night.

There is not a single section in the bowl that is not accounted for, and no employee that does not have a place to be. When talking about her successful system with such a large stadium, it is simple “the key is knowing where your employees are at all times. I need to know who is in each section and who needs to be held accountable for something not being up to my standards.”

Nothing in stadium cleans are overlooked, as cleaning is a key part of creating a first class fan experience in our partnership with the Arizona Coyotes and Gila River Arena. Attention to detail is critical too, nothing is too small. For example, if a concert is in town, additional employees are added to help cover the time needed to pick up the confetti in those first 13 rows. It can be painstakingly hard work to pick up confetti, but Ava always reiterates to her crew “I rather you go slow and do it right, then go fast and do it wrong.”

Whether it is a home game for our beloved Arizona Coyotes or a concert rolling into town, Jani-King is there! Ava and her crew of 30 employees keep the same great mentality for every event worked at Gila River Arena, “We are going to go in and get it done.” Our partnership with Gila River Arena is 4 years strong, and we are proud to have our franchise owner Ava Burns continuing her success through the years and proving why Jani-King is The King of Clean! 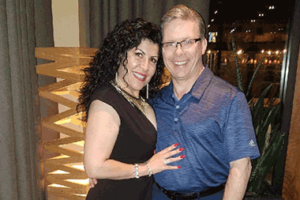 Martha Llamas with her business partner and husband, Ron Puechner.

With a steadfast commitment to quality and business success, M&R,[...] 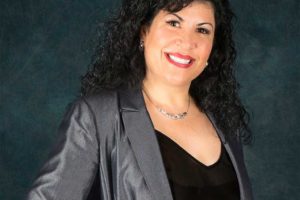