James and Katrina Coggins started their Jani-King journey with the Hampton Roads regional office in 1996. James quickly built a very successful business with Jani-King, until an automobile accident in the summer of 1998 resulted in most of his business having to be reassigned to other franchises. 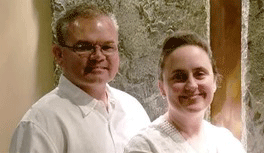 But he set a goal of getting his business back up and running again and called the supporting office staff daily to acquire new business. In 1999, James was awarded a Commitment Award for his actions to rebuild his business.
Fast forward to 2003 when James started cleaning the Lockheed Martin office in Suffolk, VA. Lockheed Martin had future plans to build a center for innovation, more commonly known as the lighthouse, on an empty lot across the street from the current building. From the time the first shovel was put in the ground, Coggins Enterprises, Inc, was part of the process. During the grand opening in April 2005, James and his team were recognized for all their extensive help in making the building clean, ready, and open for business.
In 2007, James and Katrina were nominated by Jani-King of Hampton Roads and recognized by the International Franchise Association as Franchise of the Year. In the recession of 2009, Lockheed Martin opted to put the lighthouse contract out for rebid and decided to go with a different cleaning company. All the while, James and his wife continued to clean the original office across the street. Over the next 10 years, they continued to offer the highest quality of service to this account and others in the same area.
In November 2019, Coggins Enterprise, Inc, was asked once again to be the cleaning company for the lighthouse, “When I was looking for a replacement company, I didn’t have to look very far. James and Katrina’s dedicated work ethic, experience, and attention to details along with great customer service were the driving forces in our decision to reacquire their services” said GaryMoore, Facility manager for both the Suffolk Lockheed Martin office and the lighthouse.
Since February 1, 2020, James and the current staff have been servicing this very unique place of business. They have received many positive comments referencing the noticeable changes in the level of cleaning services provided now versus what was provided by the previous company. James and Katrina have two daughters and three (soon to be four, June 2020) grandchildren. They have working side by side through the ups and downs of this business along with full-time jobs, to build and maintain the successful business they operate today. James voiced that “Hard work, dedication, commitment, and great supporting staff are essential elements to ensure the success of a long term business.” 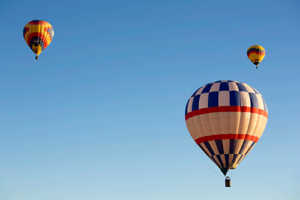 After a two week shutdown of non-essential businesses that lasted[...] 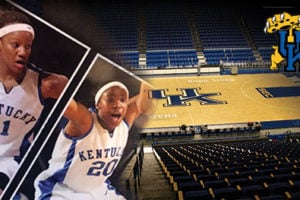 Former University of Kentucky Wildcats Team Up to Clean Up

From the hard wood to hard floor care, similar values[...] 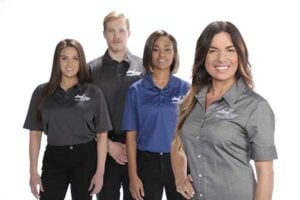