Others Now Copy, But the “King” Remains “The King”

One of the most successful sports marketing programs of recent years has been the Jani-King Towel seen on the vast majority of PGA Tour bags every week. What started during the 2015-16 PGA Tour season with a dozen sponsored caddies, has now become a full-blown initiative with more than 150 caddies on board.

At the time, there were a lot of towels featuring one company’s logo, but caddies were not part of the deal and there was no incentive for the logo to be displayed.  That changed through a random conversation and subsequent brainstorming sessions between Jani-King VP of Sports Partnerships, Mike Biggs, and veteran looper James Edmondson who caddied for Jani-King’s sponsored golfer, Ryan Palmer.

“It all started during the Colonial Country Club member-guest where I was fortunate enough to tag along with James as he single-handedly delivered us a runner-up finish,” said Biggs. “We were talking about what kinds of sponsorship opportunities caddies had themselves not tied to a player.  I assumed the towel with the one company’s logo everywhere was pretty much it.  There was a hat program through the Tour and of course, other hat and apparel logo deals attached to player sponsors.  When I learned the caddies were getting nothing from the towel and how it worked, the lightbulb went off and I wanted to do something for the caddies and take over the towel. James and I got to work putting together ideas through the APTC (Association of Professional Tour Caddies) and their agency at the time, ITR and its owner, Jeff Bookout.”

Not only was it a great opportunity for Jani-King, but it fit perfectly as a tie-in to Jani-King’s focus of cleaning and supporting Jani-King franchisees in owning their own businesses.

“It’s hard to imagine another industry being more perfect to align with the caddie towel than cleaning,” said Biggs. “And with our large commitment to golf as a B2B platform and partnerships with PGA Tour players and events as well as the PGA of America, it was an ideal match.  Nobody cared at the time about the towel.  It’s been interesting to see that perception change after we’ve now shown the branding value of caddies as a group. It’s frustrating to start seeing this opportunity taken away from some caddies now through other sponsors focused on the player. But, I supposed it has to be viewed as a compliment to what we’ve accomplished with the APTC in showing value for the caddie’s most prominent tool of trade.”

Since the program’s inception (as of the start of the 2021-22 season), Jani-King towels have been carried by APTC caddies for 105 PGA Tour victories, including three majors. 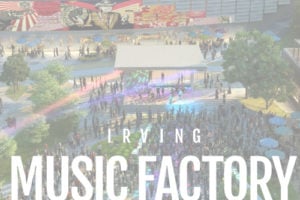 Jani-King of Dallas recently landed a very big account, the[...] 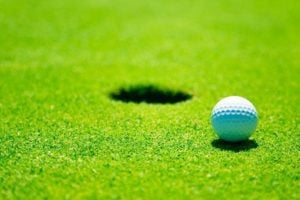