One of the key points
for any fan when walking into a stadium the magnitude of Cowboys Stadium is the cleanliness of it. Jani-King Stadium Cleaning has proven time and time again that it can take a facility like
Cowboys Stadium and make it pristine, which is what the Cowboys fans expect. Jani-King
Stadium Cleaning has been the official commercial
cleaning service of Cowboys Stadium
since its very first event, a country music concert featuring George Strait and
Reba McEntire, when no one knew just what the challenges of cleaning a facility
of this scale would present. Jani-King Stadium Cleaning handled that first
event with great professionalism and have continued to improve and provide the
highest standard of commercial cleaning service for all Dallas Cowboys fans ever since.

Each Jani-King Stadium Cleaning franchisee takes tremendous pride in their individual business.
As a result, there are a handful of Jani-King
Franchisees that take great pride
in the cleanliness and appearance of Cowboys Stadium. Many of the franchisees
that make up Jani-King Stadium Cleaning are longtime friends and fans of the Dallas Cowboys and now they have the opportunity to be a part of the Dallas
Cowboys experience, a responsibility that is not taken lightly.

There are many challenges
that come up when tackling a project the size and scope of Cowboys Stadium, which is the largest domed stadium in the world, has the
world’s largest column-free interior at over 3 million square feet, and the
largest high definition video screen. There are many interesting facts in the
cleaning process as well, including:

·    More than 4.8 tons of trash is removed on
average after an event, the equivalent weight of 32 average NFL Lineman

·    More than 1.9 tons of trash is recycled from
an average Cowboys Stadium cleaning, the equivalent weight of 17 average NFL Quarterbacks

Jani-King Stadium
Cleaning does whatever it takes to help keep Cowboys Stadium the very best when
it comes to the fans and what they expect when they walk into a building. 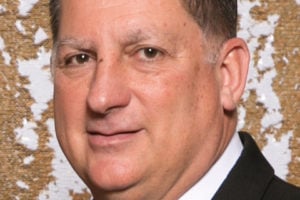 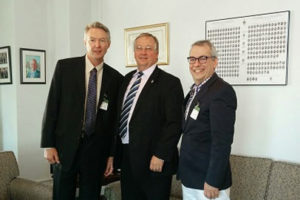