In Tulsa, OK the Jani-King regional office is proud to announce its own large account signing with Cain’s Ballroom. Built in 1924, Cain’s Ballroom has gone from a garage, a dime-a-dance joint and a dancing academy until it became what is known as one of the top performance venues in the world today. Cain’s was ranked the 21st venue in total ticket sales in 2013 by Pollstar magazine and listed in the Top 10 U.S. concert venues by CNN.

In Oklahoma City, Jani-King franchisees are pro’s at cleaning entire K-12 school districts as well as colleges and universities. With customers such as the University of Oklahoma and Oklahoma State University already on the books, Jani-King is excited to now add St. Gregory’s University to that growing list.

St. Gregory’s University is a private, co-educational Catholic liberal arts university. It is one of the oldest institutions of higher learning in the state of Oklahoma.

In addition to St. Gregory’s University, the regional office in Oklahoma City has also just signed a large account agreement with Seagate, a world leader in hard disk drives and storage solutions. Based in California, Seagate has facilities around the world.

From the latest in technology to historical buildings, Jani-King regional offices in Oklahoma have been busy signing some very impressive and unique accounts.

Are you interested in starting your own commercial cleaning franchise in Tulsa, click here to learn more. 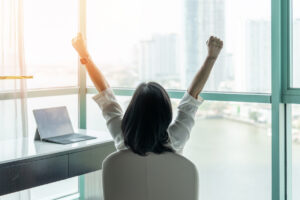 Become More With a Proven Franchisor

Lean on a Reliable Methodology to Grow Your Business Pursuing[...]

Each year Jani-King of Canada rewards hardworking students across the[...] The commercial cleaning industry presents a great franchise opportunity with[...]